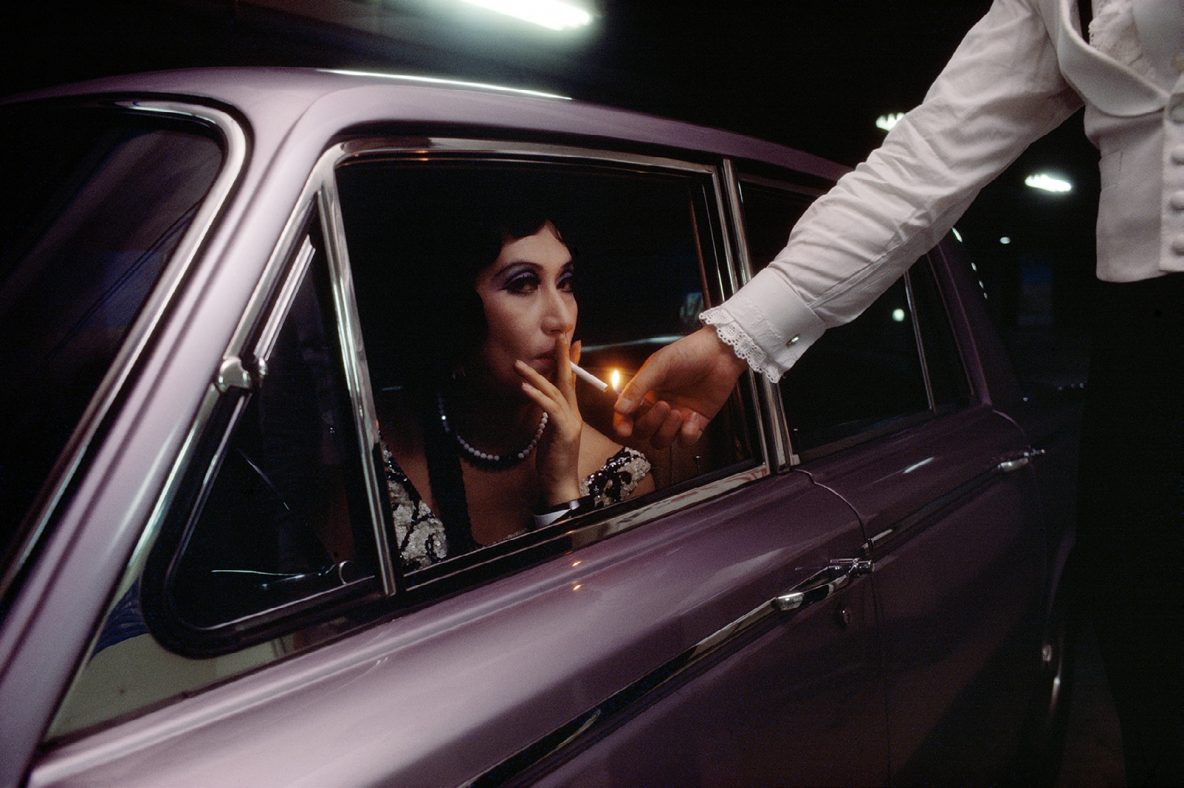 René Burri was born in Zurich, Switzerland. At the tender age of 13, he took his first picture – of the triumphant British Prime Minister Winston Churchill.

“Everybody now has a cell phone and can take snaps which is great – even children. But my advice for young photographers – what I think young photographers should do – is to go and cover things that nobody else is thinking about. Put your nose into things. Use the third eye of the camera and don’t be completely dependent on photoshop or the way other people want you to cast the world. Go and discover for yourself, because the fantastic thing about photography is that you are able to freeze a moment that can never come back”

Quote from an interview with Rene Burri in 2012.

Burri’s photography style has been described naturalistic and editorial style.

Burri had an ability to get along with people with Henri Cartier-Bresson’s knack for disappearing into a crowd.

From his obituary which appeared in the Guardian in 2014.

Burri studied photography under Hans Finsler (who had also taught Bischof) and film-making at the Zurich school of arts and crafts (Kunstgewerbeschule Zurich 1949-1953). There he worked with Johannes Itten.

During 1953-55 he was working as a documentary filmmaker while completing his military service. Burri worked for Disney as cameraman until 1955. During that time, he started working with Leica cameras.

1955 he started working with Magnum Photos in 1955 through his friend Werner Bischof, and became a full member in 1959.

During the late 50s, Burri traveled extensively to places like Turkey, Egypt, Syria, Iraq, Jordan, Lebanon, Italy, France, Spain, Greece, Brazil, and Japan. His publications appeared in many printed serials such as in Life, Look, Stern, Paris-Match, Réalités, Epoca, and New York Times, as well as a photographic essay “El Gaucho” which appeared in the mass-circulation Swiss magazine Du. It was also for the Swiss periodical Du that he photographed artists such as Picasso, Giacometti, and Le Corbusier.

René Burri photographed the building of the Berlin Wall and the wars in Vietnam, Cambodia and Lebanon. He was in Egypt when the Suez crisis unfolded and he also photographed Che Guevara in Cuba.

His photographs of São Paulo and Brasília have become classics in the history of modern photography.

In 1965 he assisted with the creation of Magnum Films which led to his work on the Magnum-BBC joint production of, The Two Faces of China.

In 1967 he produced a documentary on the Six-Day War in Jerusalem for German television.

He also produced the film Jean Tinguely in 1972.

In 1963 Burri was working in Cuba when he was able to photograph the revolutionary Che Guevara; the images of Guevara smoking a cigar have become iconic.

Burri’s most famous book was The Germans (1962). It was produced in response to Robert Frank’s The Americans. It was a part-serious / part humorous view on the Germans. The book attracted considerable attention (and criticism) – and rapidly sold out.

In 1963, Burri married Rosellina, Bischof’s widow, and they had a son and a daughter.  Rosellina died in 1986. Burri is survived by his second wife, Clotilde, and their son; and by the son and daughter of his first marriage.

In 1998, Burri won the Dr. Erich Salomon Prize from the German Association of Photography. A big retrospective of his work was held in 2004-2005 at the Maison Européenne de la Photographie in Paris and toured many other European museums.

In 1999 he won the cultural prize of the Canton of Zurich. And in 2006 he received the Honorary Fellowship of The Royal Photographic Society.

While Burri is well known for his black and white work, his color work was also stunning, and has been partially memorialized in a book with his color photography called Impossible Reminiscences (Phaidon) . He also started a foundation in his name that now manages his vast collection of photographs.

Interview with Rene Burri about making of 6 of his photographs (highly recommended, about 11 min): https://vimeo.com/68146128 (Directed by Anthony Austin, Interview by Matt Willey, Produced by Helena Reis)

Another interview with Rene Burri, the year of his death (about his color photography and Southern Switzerland): https://tumblr.luganophotodays.ch/post/80055112662/interview-with-ren%C3%A9-burri-magnum-photos-about