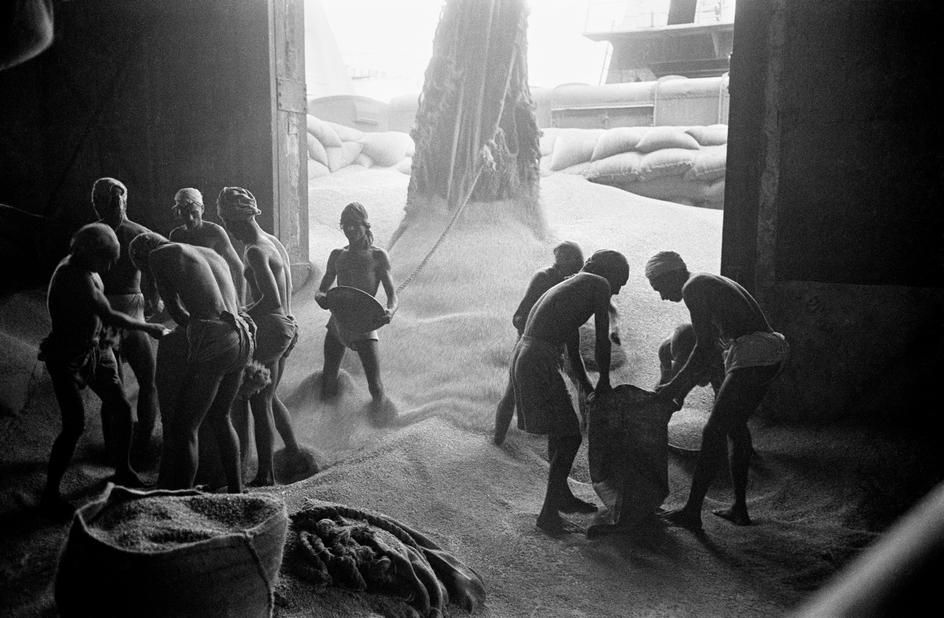 Werner Bischof’s career was way too short. He tragically died when his car fell off a cliff in the Peruvian Andes in 1954, killing him and the other two passengers. By that time, he has been a member of the famous Magnum agency for five years. When he became a full member of Magnum in 1949, the only other members were Robert Capa, Henri Cartier-Bresson, George Rodger, David Seymour, and Ernst Haas. All world-renowned photographers, with legacies that might outlive all of us.

Werner was born in Zurich, Switzerland in 1916. He and his family moved to Waldshut, Germany, when he was six years old.

Werner then opened a photography and advertising studio. He started freelancing for the famous Swiss magazine Du in 1939.

Werner’s photography after world war II (WW II, 1939-1945) focused on showing the poverty and despair around him in Europe, and particular also the human element. He did receive international recognition after his publication of a 1945 reportage on the devastation caused by WWII.

“I felt compelled to venture forth and explore the true face of the world. Leading a satisfying life of plenty had blinded many of us to the immense hardships beyond our borders.” – Werner Bischof

While he did not enjoy the sensationalism of magazine and other publishers, he was sent to report on the famine in India by Life magazine (1951), and he went on to work in Japan, Korea, Hong Kong and Indochina. The images from these reportages were used in major picture magazines throughout the world, and likely further increased his reputation.

1951 In the port of Calcutta, India © Werner Bischof

He traveled to the USA in 1953, and created a series of color photographers. (Much of his work was in black and white).

In 1954, he traveled to South America (Mexico, and Panama). Subsequently, to a remote place in Peru, on an assignment to make a film there.

René Burri who was introduced in an earlier blog post, was a friend of Werner’s. He cowrote a book about Werner called “His Life and Work” (with an introduction by famous Swiss author Hugo Loetscher).

Although his life and career were too short, I think Werner Bischof is one of the greatest photographers of the 20th century. His photography is strong, emotionally captivating and timeless.

For further reading, please see the references below. I highly recommend in particular to check out the book “Werner Bischof – His Life and Work”, co-authored by René Burri who we featured in an earlier blog post. The book does not only contain many of Werner’s wonderful images spanning from his early time as a studio and advertising photographer, to his later time as a photojournalist, but it also details Werner’s many extensive travels after world war 2 until his death in South America and his life’s story.

I’d like to end this piece by a beautiful and inspiring quote of another Magnum photographer (also one of my favorite photographers), Ernst Haas, about Werner’s work:

“It almost hurts not to look at Werner Bischof’s pictures, as they speak so clearly to me in his own language. Can it really be thirty years since we received the shattering news? His photographs already seem to have become detached from their origins; they have become timeless. These are images of destiny that look us in the eyes – but it is a transfigured destiny. They are pictures which penetrate to the innermost self, images with much more depth than surface. People from such different countries, and yet no-one is strange to us. All these figures are so strongly related to Werner, it is as though they had been waiting for him. One only need look at them longer and more intensively – then he lives on in them. If only time were a gift we could dispense to others, I would gladly have given it to him.” – Ernst Haas about the work of Werner Bischof in 1984

Go check out more of Werner’s work and read his book about his life and work. It is truly inspiring and one of my favorite photography books I own.

If you have any comments, please use the comment section below. Also, if you haven’t done so, please subscribe to our newsletter. Then you will be the first to know of any new blog posts or other announcements.