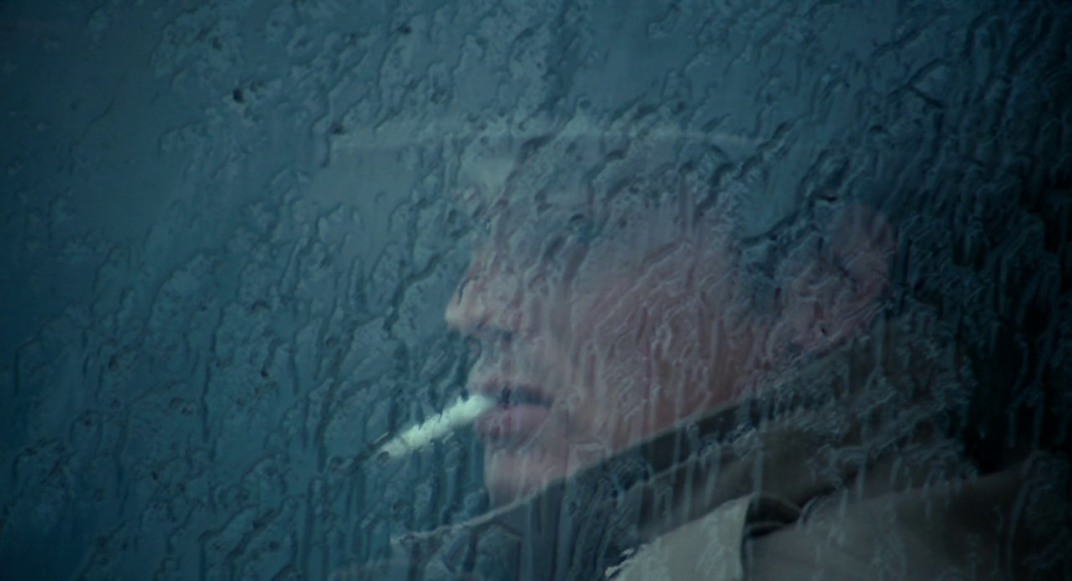 This is a big one for me guys. But I think you not only realize that this director, his cinematography and his imagery influenced me, but it also influenced a lot of artists, especially directors and photographers. Some of them, modern ones, without them even knowing about it. Of course he is not alone in the genre – never was – but his influence is a big one.

Before the Nouvelle Vague took the next evolutionary step, with Godard and Truffaut, before “A bout de Souffle” and the coming colourful new era – there was one director who defined the so-called “most American genre of all genres” in Europe and soon internationally: Jean-Pierre Melville.

Jean-Pierre Grumbach, born in Paris in 1917, fought in the French Resistance and took a new name after the war. He chose Melville, after the writer Herman Melville (Moby Dick). He was very interested in the work of a director and also in writing scripts.

His writing and directing, beginning in 1947, became in time a symbol of a cold, hard-boiled kind of masculinity that admits no winners. Broken characters, without emotion until the end.

Probably his most famous film, “Le Samourai” was made about 20 years after the end of the Second World War and featured Alain Delon in his most iconic role.

It is amazing how attractive and meaningful the images of his films are. Watching them, you can’t deny the influence to this day. Of course, there was film noir before. The “symbols” also existed before. Cold, wet streets. Emotionless gangsters. Betrayal. Death. A further development of the American wild-west outlaw with hat and revolver – often very overwhelmed in the street canyons of a city of millions.

Several layers, shadows, backlighting – very large in scale but also very intimate image compositions. If you do street photography like I do, your mouth will water. Haven’t we all enjoyed the poetic, hopeless scenes, whether in the cinema or in photographs, which are dominated by mysterious and cold protagonists?
Or are they antagonists after all?

The macho world of a bygone era is still very much relevant today. Only the images have changed. I almost can’t deny that the silent, strong character who shows little or no emotion and single-mindedly goes his desperate way – still holds a great fascination. It has become a cliché, and yet Melville’s poetry of lost chances, hopeless situations and low-rank gangsters is still relevant.

The same romance can still be seen today – and everywhere. And not only in street photography. Nicolas Winding-Refn used some of these staples in “Drive”. Also embodied by Ryan Gosling, his role as a policeman in “Blade Runner 2094” was very reminiscent of the film noir tropes of past decades. Neo film noir is what they call it today.
To name others: The Coen Brothers often played with the theme. For example in “Miller’s Crossing” or “No Country for Old Men”. And other films like “Chinatown”, “You Were Never Really Here” or even “Sin City”.

“Heat” with Robert De Niro and Al Pacino, by Michael Mann, is peppered with characters that could have come from the pen and eye of a Jean-Pierre Melville. And let’s not beat around the bush, clearly Melville was also an inspiration for other upcoming names of the Nouvelle Vague – such as Jean-Luc Godard – right up to the present day (or is it really 20 years?) when filmmakers like Quentin Tarantino ushered in a new age of cinema, the similarities to films like “Reservoir Dogs” and “Pulp Fiction” not surprising anyone at this point. Or is it?