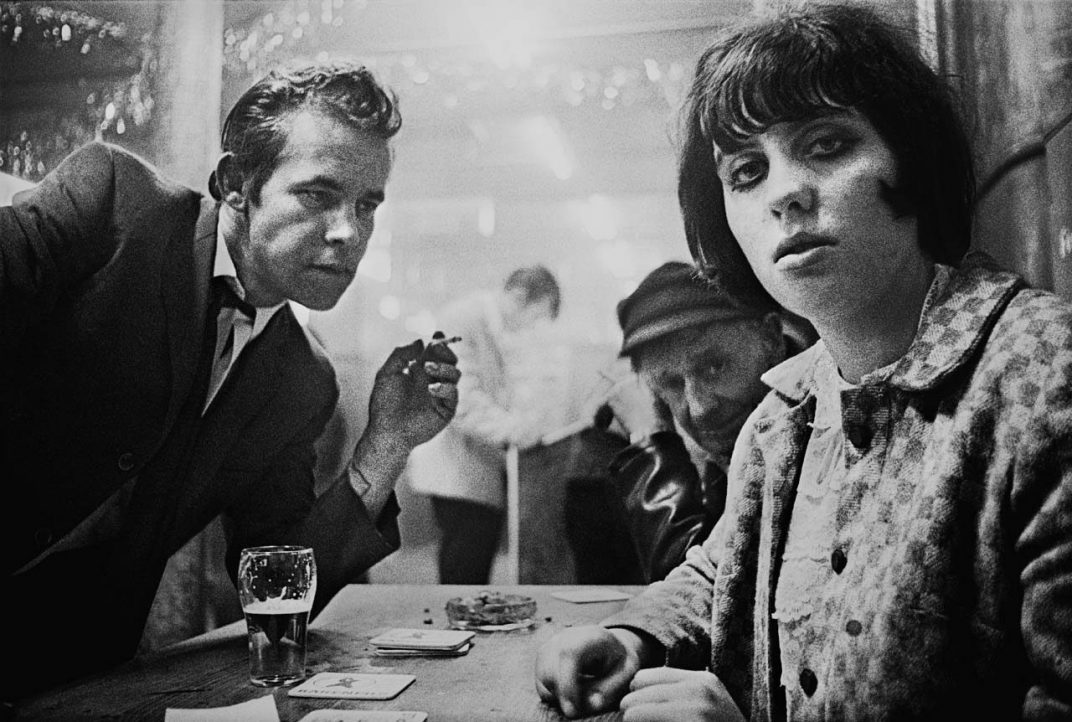 The first photo of the Swedish born photographer Anders Petersen (born 1944) I ever saw was on the cover of Tom Waits` album “Rain Dogs”. It was released about a year after I was born.

Of course, as a child I knew nothing about the photographer, and I didn’t know Tom Waits well either.

Years later, when I started to be interested in photography, I came across the photo again on the Internet. I learned who took it and in what context.

Petersen, who is mostly known for his black and white documentary work, has a distinct style which feels very intimate. One can get lost in the scenery and in special moments it feels like the spectator is thrown in the middle of the scene. Besides projects like Café Lehmitz, he documented life in insane asylums and prisons. In 1967 he founded alongside with Kenneth Gustavsson the Saftra photo agency. They specialised in social engaged and critical photo journalism.

At the end of the 60s, Anders Petersen was documenting the goings-on in a Hamburg café on the Reeperbahn. The Café Lehmitz. Personally, I find the work absolutely great. They tell stories of life in the milieu. All-nighters, dances, romances and lots of alcohol – the atmosphere is palpable and authentic. People who have had periods in their lives when they spent time too often and too long in after-hours bars, recognize the authenticity and realism and life in the photographs of Anders Petersen.

I do not want to write much more here. You can find information about Petersen and his works in many places on the internet. Many of the books are out of print, but if you are lucky you can find used versions or one or the other newer edition online or in good bookstores.

So, here are some of the photos. If you want, let me know what you think about the works in the comments. Thanks in advance.